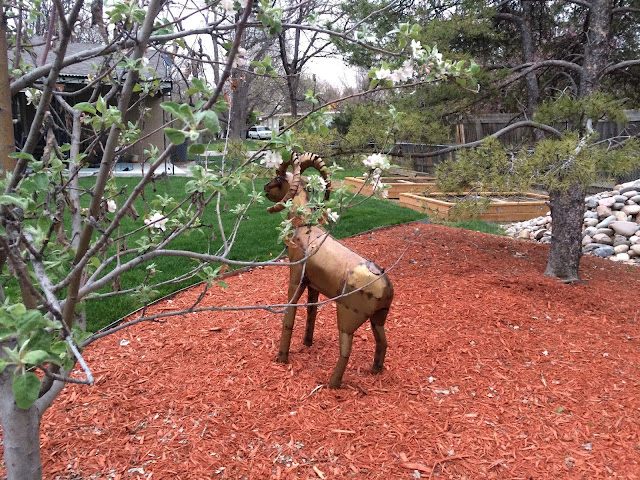 I was running down a trail that is very close to home this morning, less than half a mile into my run, when I came across something new in a backyard. This backyard ram statue was NOT in this backyard as recently as last week. This backyard is extremely visible, and thanks to a Colorado themed sign on it's fence, it's a memorable place, and in the hundreds of times that I've run past it, there has never been until this morning a ram standing in the backyard. That all changed today, as it is pretty obvious that there now is most definitely a ram statue there.

This was literally the ONLY photo that I took this morning. I have been obsessed a bit thinking about this ram, because I have developed over the course of this day a theory that the person who lives in this house is a veterinarian who works on Broadway and has THIS in front of their office. The style of ram statue seems similar (though clearly not identical), and the fact that the Colorado themed sign has to do with animal advocacy seals it in my mind. The next step is to try and utilize Google to see if I can confirm this theory. I now have a quest, and I love having a quest. I also love that within a three mile zone I have now found multiple bronze colored statues of rams. 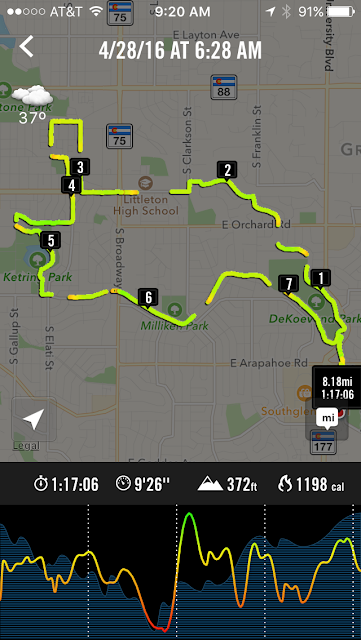